Sherrill Named as Next Principal of MMS 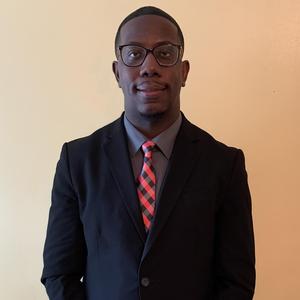 Mayfield Independent Schools is proud to announce Antonio Sherrill as the next principal of Mayfield Middle School.

Mayfield Independent Schools is proud to announce Antonio Sherrill as the next principal of Mayfield Middle School, the first African American in that role at MMS. He was named as assistant principal at the school in 2019 .

“I count it a joy and privilege to continue to serve the Mayfield Independent School District as the first Black principal of Mayfield Middle School,” said Sherrill.  “My mission is to help enhance the learning environment and culture that’s already in place, working alongside staff, parents, and community members to enforce equitable practices to help close achievement gaps while focusing on creating lifelong learners and productive citizens.”


Sherrill, who graduated from Mayfield High School in the top 10 of his 2005 class, said, “As a former student of Mayfield Independent Schools, I have an overwhelming excitement to work in this role. I am the success story of so many both retired and currently working educators, community members, mentors, and family who have poured into me.”  He added, “I believe it’s not where they come from, it’s where we believe we can take them. It’s going to be a great year!”


The lifelong Cardinal has spent his entire teaching career educating students of Mayfield Independent Schools. After earning his bachelor’s degree in elementary education from Murray State University in 2009, Sherrill began teaching fifth grade at Mayfield Elementary School. He has since obtained his master’s degree in Teacher Leadership and Rank I in Education Administration.


Sherrill is filling the position left vacant following the move of current MMS Principal Kelly Stinson to the position of Director of Pupil Personnel for Mayfield Independent Schools.


Sherrill and his wife Christen have a daughter, Ariel, and a son, Ashton. He also serves as the assistant Minister of Second Christian Church of Mayfield.